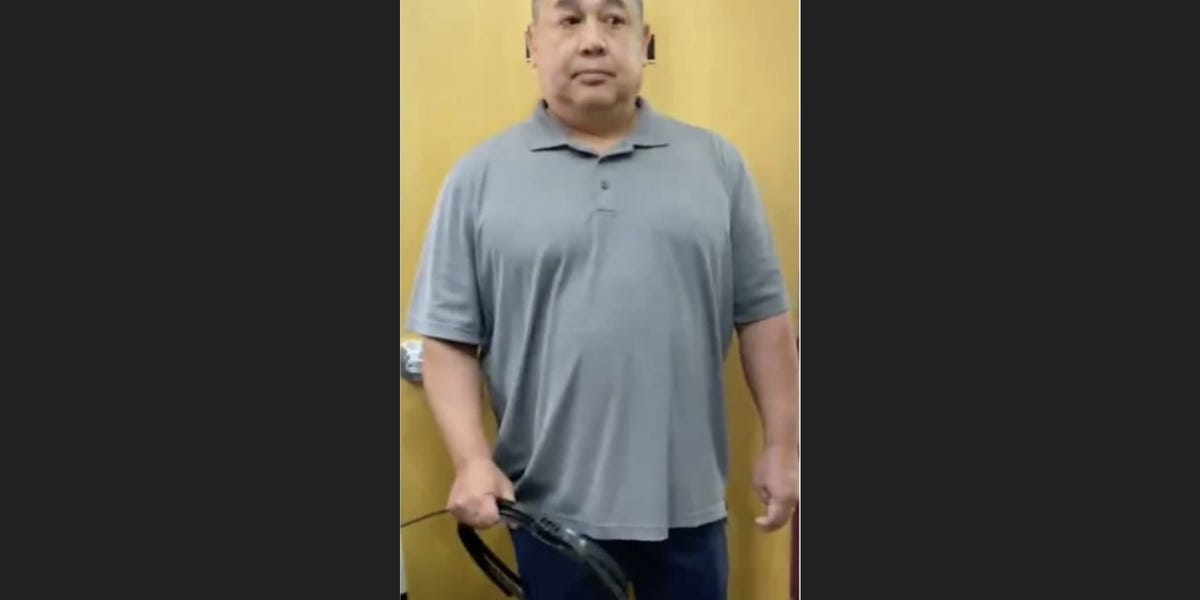 An angry Arizona father who barged into his elementary school kid’s principal’s office to protest a mask requirement has been arrested.

Rishi Rambaran, 40, stormed into Principal Diane Vargo’s office on Thursday with zip-tie handcuffs, according to a since-removed Instagram video. He and two friends accompanying him claimed the school broke the law when administrative officials told his kid to wear a mask and quarantine after potential exposure to COVID-19.

Rambaran has since been arrested, Vargo told Insider in a statement.

Kelly Walker, one of the men who backed up Rambaran, shared a video to Instagram that appeared to show him driving to the school.

“I’m headed to Mesquite Elementary School right now, where a friend just notified me and some others that his son was indiscriminately taken to the office to be quarantined because supposedly someone had decided he but not other kids in this classroom were exposed to COVID,” he said.

“And they shoved a mask on his face, wouldn’t let him call his parents, and now his dad is there,” he continued. “The school is blatantly breaking the law, blatantly going against the will of the people. I think this community has expressed that they’re not going to have this kind of bullying of our kids, these kinds of scare tactics.”

In order for schools to remain open during the pandemic, faculty have to follow guidance from local and state health departments, Vargo told Insider.

Once the three men convened at the school to protest the move, they were brought to Vargo’s office, where they confronted and asked her to release the children back into the classroom.

“There were two men that had phones that were recording us and they were threatening to arrest us,” she said.

Rambaran called the police and asked them to arrest her, the Beast reported. Vargo then asked the three to vacate her office and leave the school building “multiple times.” But neither man complied until Vargo called the police.

“I felt violated that they were in my office claiming that I was breaking the law and they were going to arrest me with the military grade large zip-ties,” Vargo said, holding back tears. “These large men in my office. Two of the men weren’t parents at our school, so I felt threatened. I felt scared.”

Rambaran’s son sat through the whole debacle, Vargo said, witnessing his father threaten her and her staff.

Two hours later, the police arrested Rambaran, and Gradillas told the Beast more arrests “could be made.”

Vargo intends to press charges for the other two men, she said.