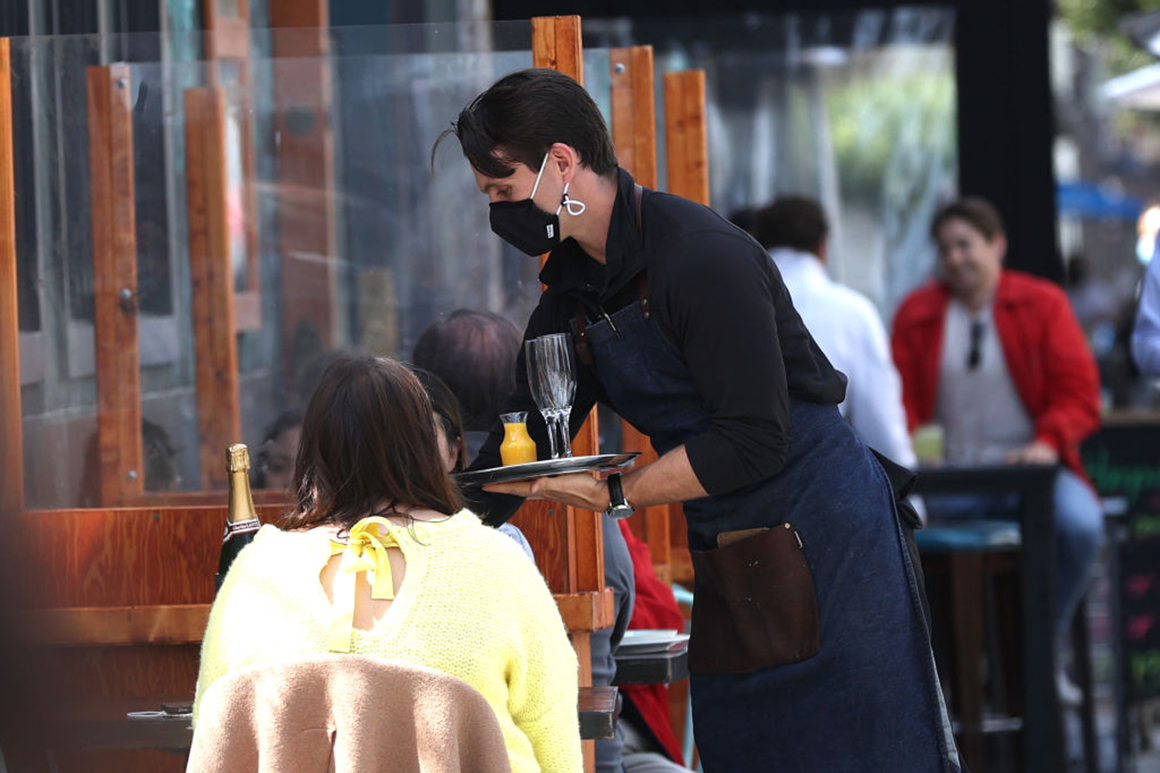 After absorbing nearly half of the destruction caused by the pandemic shutdowns, the leisure and hospitality industry is still in a deep hole, down 2.5 million jobs from early last year.

“There simply are not enough workers to fill those slots,” said Lynn Minges, president and CEO of the North Carolina Restaurant and Lodging Association, who estimated the industry has about 70,000 openings in the state.
“And there are a number of factors that contribute to that but obviously one of those is the challenge in getting immigrant workers to fill some of the jobs.”

Restaurants and hotels are reducing opening hours, closing for certain days each week and limiting their guests due to a lack of staff, Minges added, which is also resulting in fatigue and burnout among workers who have to pick up the slack.

Robert Melvin, director of government affairs for the The Virginia Restaurant, Lodging & Travel Association, said the lack of access to foreign workers is “really holding everyone back in a big way” in the commonwealth.

Kings Dominion, a Virginia amusement park 75-miles south of Washington, D.C., for instance, had to postpone opening its water park until mid-June, a month late, citing a labor shortage and “the availability of seasonal associates.”

“Our folks are getting killed out there with regards to the labor shortages, it’s the biggest impediment to our industry’s recovery at this point,” said Melvin, whose group represents businesses in vacation spots along the state’s coast.

Critics of the temporary seasonal work programs say they take jobs away from American workers, can undercut U.S. wages and may lead to exploitation. A bipartisan pair of senators — Dick Durbin (D-Ill.) and Chuck Grassley (R-Ill.) — said a work visa expansion announced by President Joe Biden in April was premature.

But business groups representing restaurants, retailers, theme parks and other industries that rely on summertime demand have been pressing Congress to offer more guest worker visas under the H-2B seasonal guest worker visa program. Employers also use H-2B visas to fill a range of temporary seasonal jobs, from seafood processing and forestry-related jobs to various non-agricultural work like landscaping.

The National Retail Federation argues that the program’s annual cap of 66,000 visas is “well below market demand.”

Another issue is that many U.S. consulates around the world remain shuttered or have reduced hours because of Covid-19 risks. Officials are warning of significant delays in visa processing, preventing many foreign workers and students who would normally visit on J-1 summer work visas from coming to the U.S. for jobs.

Before the coronavirus severely limited foreign travel, there were more than 108,000 people participating in the summer work visa program alone, according to 2019 data from the State Department.

Consulates and embassies have been instructed to process employment visas as a last priority, according to the latest operations update from the agency.

There were nearly 85,000 petitions for temporary, non-immigrant workers pending at United States Citizenship and Immigration Services at the end of March, according to the latest data available from the agency.

“The impact on the economy, it cannot be positive,” said Richard Burke, CEO of Envoy Global, an immigration management company. “All sorts of industries are impacted because of this sort of perfect storm of surging demand, constricted [labor] supply, and uncertainty about supply.”

Fears that the lack of foreign workers could slow down the economic recovery have reignited bipartisan efforts on Capitol Hill to reform the H-2B program, although lawmakers have been unable to pass comprehensive immigration reform legislation in nearly four decades.

A bipartisan group of House members introduced a bill, H.R. 3897 (117), in June that would exempt foreign workers who have previously participated in the program from the 66,000 cap on the number of H-2B visas available each year.

“I decided to go ahead and do the H-2B visa legislation knowing that it’s going to be an uphill battle, but it’s something that a broad [number of] groups support and it’s something that we need to address,” said Rep. Henry Cuellar (D-Texas) a co-sponsor of the Returning Worker Exception Act of 2021. “If we don’t get those seasonal workers for a lot of businesses, they won’t be able to totally recover because the two things you need are capital and labor.”

Cuellar said he’s reached out to Sen. John Cornyn (R-Texas) to try to get legislation moving in the Senate and that he’s willing to include the H-2B language in must-pass government funding legislation later this session if lawmakers are unable to attract enough support to pass the bill on its own.

The Biden administration has already tried to address the issue, announcing in April it would offer an additional 22,000 H-2B visas this year, citing “increased labor demands.” Of those, the administration set aside 16,000 for returning guest workers and 6,000 for workers from Honduras, El Salvador and Guatemala, often referred to as the Northern Triangle.

But for employers, that extension was a drop in the bucket. Less than two weeks after the visas were made available, the Department of Homeland Security announced that the agency received enough petitions to meet the 16,000 cap for returning workers.

“While that’s all well and good, it’s still nowhere near enough to meet the workforce needs of every seasonal employer,” said Jon Baselice, vice president of immigration policy at the U.S. Chamber of Commerce. “Many of these folks are small businesses, whether it’s amusement parks or a traveling carnival show, or seafood processor, the landscapers, among many others, [they’re having the] same problems… Expansion needs to be more robust.”

Some in Washington are skeptical that tapping into foreign labor will truly help the economy, pointing to the millions of workers still unemployed from the coronavirus pandemic.

Durbin, who chairs the Senate Judiciary Committee, and Grassley, its top Republican, said that Biden’s decision to increase H-2B visas came at the wrong time.

“We’ve long expressed concerns that perverse incentives created by the H-2B program encourage lower wages and poor working conditions for American and immigrant guest workers alike,” the pair said in a statement in April. “We hope that the Biden administration will work with Congress to reform this program to ensure it better serves Americans and guest workers.”

Business groups argue that with workers sidelined from the pandemic and the seasonal demand returning, there are enough jobs to go around.

“The fact of the matter is our retailers have the demand to hire both legal immigrants, and workers of all stripes,” said Ed Egee, vice president government relations at the NRF. “And we welcome the opportunity to [hire] both.”