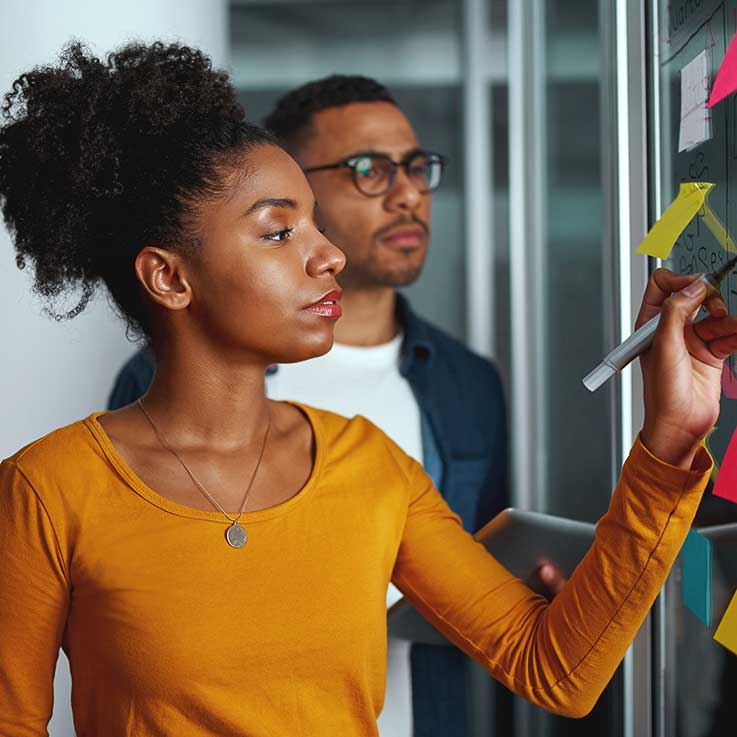 Around the world, policymakers have been increasingly turning to entrepreneurship as an important contributor to local economic development and job creation. At the same time, the short-term, intensive training programs that help such entrepreneurial ventures scale quickly— business accelerators—have become popular not just in Silicon Valley, but also across developing economies.

With the growing interest in accelerators came questions about their efficacy, especially in more nascent entrepreneurship ecosystems. To help answer them, the Global Accelerator Learning Initiative (GALI)—a collaboration between the Aspen Network of Development Entrepreneurs (ANDE), where we work, and Emory University—tracked more than 23,000 ventures going through accelerator programs around the world over five years. With GALI’s data joining other emerging research, donors, governments, and social sector organizations are in a better position than ever to make a decision about their involvement with accelerators.

GALI’s research showed that accelerated ventures, on average, outperformed non-accelerated ventures. It is not just because accelerators select the best ventures to begin with, though that freedom to pick and choose from a variety of options is important. The training, resources, and connections provided by the accelerators do make a difference in a venture’s fight for success. However, it’s worth noting a few nuances. For one, the vast majority of the benefits—in terms of both financing and revenue growth—accrue to a relatively small proportion of participants. Some accelerator programs are much more consistently successful than others. Finally, certain types of entrepreneurs are more likely to benefit from the acceleration experience. For example, GALI found that all-women teams make up just 13 percent of accelerator participants versus 52 percent for all-men teams, begin the process with lower levels of existing financing, and then end up falling even further behind their all-men team peers after acceleration.

Like most interventions, accelerators are not a silver bullet for ending economic development woes. What, then, can different stakeholders do to help maximize the effectiveness of their support and engagement with accelerators? For donors, accelerator program managers, and entrepreneurs, the research points to different factors to weigh and consider as they choose to support, run, or use an accelerator.

Over the past decade, a number of donor programs—such as the PACE Initiative, Innovation Partnerships, and Make-IT in Africa—have emerged to set up or fund accelerators. This isn’t surprising. GALI has found that the majority of accelerators rely on some form of philanthropic revenue. Additionally, donors see funding accelerators as an effective way to push economic development: Rather than trying to “pick winners” by providing direct support to a handful of ventures, they can put their money toward building the infrastructure that could help a variety of high-growth ventures.

Donors interested in working with accelerators must consider a number of factors, such as expected outcomes, the type of acceleration model, and how to structure support.

GALI’s findings suggest that donors should not measure accelerator effectiveness according to the same set of outcomes as more general support programs for small and medium enterprises (SME). SME interventions generally aim to boost a broad set of businesses, and this benefit is ideally gained by all of the participants. However, GALI data show that accelerators are much better at giving a more significant boost to a much smaller set of ventures with the highest growth potential. Some participants may not see benefits at all, and some may even fail faster due to quicker market testing, which is a useful though painful result. Donors should keep this in mind and not only look at the average amount of financing or venture growth across a cohort—they should examine the proportion of participants reaching some financing or growth milestone.

When it comes to structuring their support for accelerators, donors should be patient and flexible. Accelerators, particularly those in developing economies, struggle to find sustainable revenue models. The full cost of their services may be too much for struggling start-ups to pay for. A lack of exit options for start-ups makes it difficult for accelerators to earn revenue through equity-taking. In this environment, donors should not expect accelerators to quickly become self-sustaining. They should also avoid burdensome reporting and compliance requirements that add costs and divert attention from the business of supporting start-ups.

Running an accelerator program means being an entrepreneur yourself and facing hard questions. How do you balance classroom-style training with one-on-one support? How do you connect participants to investors? Unfortunately, GALI research shows that there is no one recipe or trick for a successful program, and that very successful accelerators use a variety of designs. There are, however, a few evidence-based considerations that can inform any sort of accelerator design.

First, program design should match the realities of the local entrepreneurial ecosystem. This is particularly important in terms of investment facilitation, since early-stage capital is quite scarce in some locations. GALI research shows that accelerators in developing economies have not tended to be as successful at generating investments as those in more established entrepreneurial ecosystems. Interviews with participants revealed that investors participating in traditional “demo day” pitch events are not always a good match for the entrepreneurs in the program. In places with extremely limited early-stage capital, it may be necessary for the accelerator itself to step in with small amounts of financing to help a venture survive longer to give it a chance to create the track record that may unlock future rounds of investment. In Indonesia, for example, Kinara pairs its accelerator with an investment fund to provide seed capital for a subset of entrepreneurs using the “peer selection” process pioneered by Village Capital. Invest2Innovate, working with women entrepreneurs in Pakistan, saw a mismatch in the type of equity capital that was available and the needs of their entrepreneurs. They addressed this by raising and providing capital themselves through alternative structures, such as revenue-sharing agreements that do not depend on hyper-growth and traditional exits.

In addition, while it is important to get training and mentorship right, it is also important to consider how you structure peer interactions among participants. Although this component is sometimes neglected, GALI and other research show that networking and collaboration between participants can be particularly helpful in entrepreneur problem-solving.

Finally, consider how your outreach and program design could impact the profile of entrepreneurs that apply and become successful in your accelerator. Building on our finding that there are very few all-woman teams involved with accelerator programs, ANDE is partnering with researchers to test how the language used in recruiting could affect the gender make-up of applicant pools in Latin America. Accelerators are also testing strategies to address the well-documented investment bias against women entrepreneurs. Through support from ANDE’s partnership with the International Growth Centre, for example, Village Capital is examining how different approaches to investment decisions affect the gender financing gap.

With the emergence of so many accelerator programs, entrepreneurs face a confusing landscape of choices. While the situation varies by location, research suggests some factors that entrepreneurs should keep in mind when considering whether to participate in an accelerator.

Given the importance of peer engagement, it’s important to understand the types of entrepreneurs that might be involved with an accelerator program by, for example, learning about program alumni. Are these the types of peers who would provide valuable insight? Are they in similar or adjacent sectors? Do they have business models that face challenges similar to yours?

It is also critical to find a program that matches the needs of your firm at its stage of development. Since accelerators work with ventures positioned across the spectrum of maturity—from pure ideas to significant growth spurts—it may mean entrepreneurs should use multiple programs at different phases in their journey. Though some critics contend that ventures that use multiple accelerators are jumping around to prop up their failing businesses, they’re wrong. GALI found that ventures in Mexico tended to grow after each accelerator program they went through.

The growing number of accelerators is giving many more entrepreneurs access to expertise, mentors, and investors. This support can play a big role in a venture’s success, particularly in less developed entrepreneurial ecosystems. The proliferation of accelerators is a positive development for economies around the world, but it can be difficult to assess which approach is best for a venture’s particular business model and stage of maturity. Important questions remain, such as the comparative effectiveness of different models that pair direct investment with acceleration, and the impact of accelerators on the wider entrepreneurial ecosystem. We hope that researchers continue to gather evidence on whether, how, and in what situations accelerators help businesses grow so that everyone can work with them effectively.