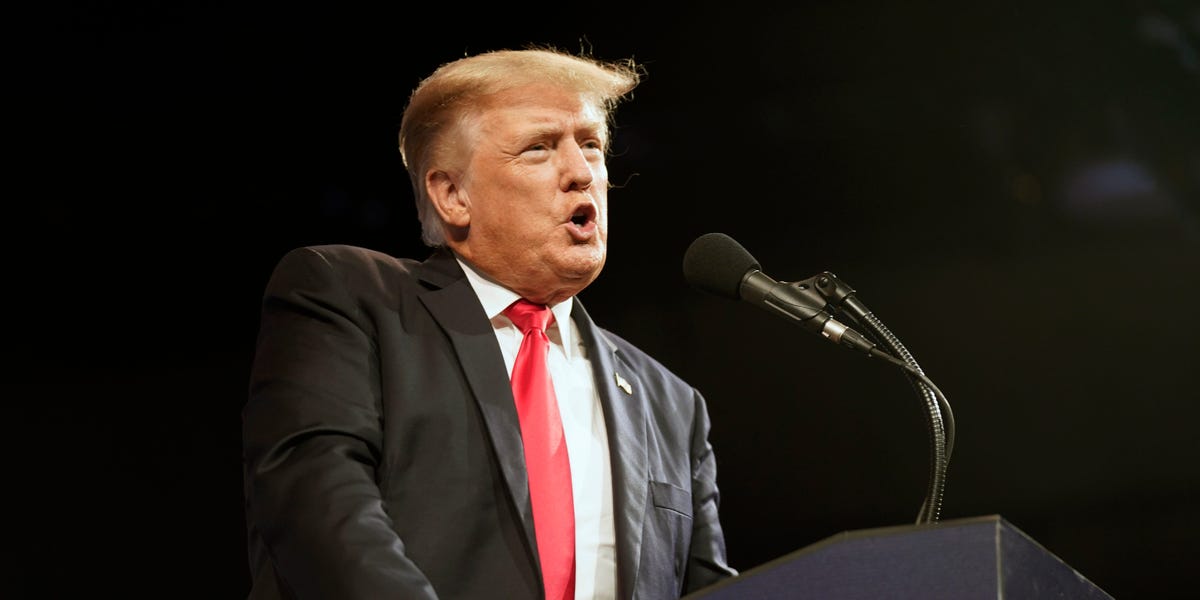 Former President Donald Trump on Thursday said the terrorist leader Osama bin Laden “had one hit,” a reference to the 9/11 attacks that killed 2,977 people in New York, Pennsylvania, and Washington, DC.

While discussing the Taliban and the evolving crisis in Afghanistan during an interview with Hugh Hewitt, Trump boasted about the operations during his tenure that killed the ISIS leader Abu Bakr al-Baghdadi and the top Iranian general Qassem Soleimani.

“ISIS is tougher than the Taliban, and nastier than the Taliban. And ISIS was watching, and then they were, they didn’t exist anymore. And we took out the founder of ISIS, al-Baghdadi, and then of course Soleimani. Now just so you understand, Soleimani is bigger by many, many times than Osama bin Laden,” Trump went on to say.

In addition to the September 11 attacks, bin Laden helped plan the 1998 bombings of the US embassies in Kenya and Tanzania that killed over 200 people and the attack on the USS Cole that left 17 Navy sailors dead.

The former president’s remarks came weeks before the 20th anniversary of 9/11 and as the US effort to finalize the withdrawal from Afghanistan, which has involved the evacuation of thousands of people, has become increasingly chaotic. At least 13 US service members were killed and 18 others were wounded in an ISIS-K attack outside Kabul’s airport on Thursday. Dozens of Afghans were also killed and wounded.

Trump as president brokered a deal with the Taliban to withdraw US troops from Afghanistan by May. President Joe Biden largely stuck to the deal but extended the timeline. Trump and many Republicans have lambasted Biden over his handling of the withdrawal while often ignoring that Trump laid the groundwork for the pullout.

Since the Taliban entered Kabul in mid-August, effectively cementing their control of Afghanistan, there’s been a desperate scramble to evacuate thousands of Americans and Afghans. The Biden administration has acknowledged that it was caught off guard by the rapid pace at which the Taliban regained control of the country. Biden has faced bipartisan criticism over his handling of the withdrawal.

In remarks on Thursday evening regarding the attacks in Kabul, Biden said, “We are outraged and heartbroken.”

The president said that those responsible would be hunted down. “We will hunt you down and make you pay,” Biden said.